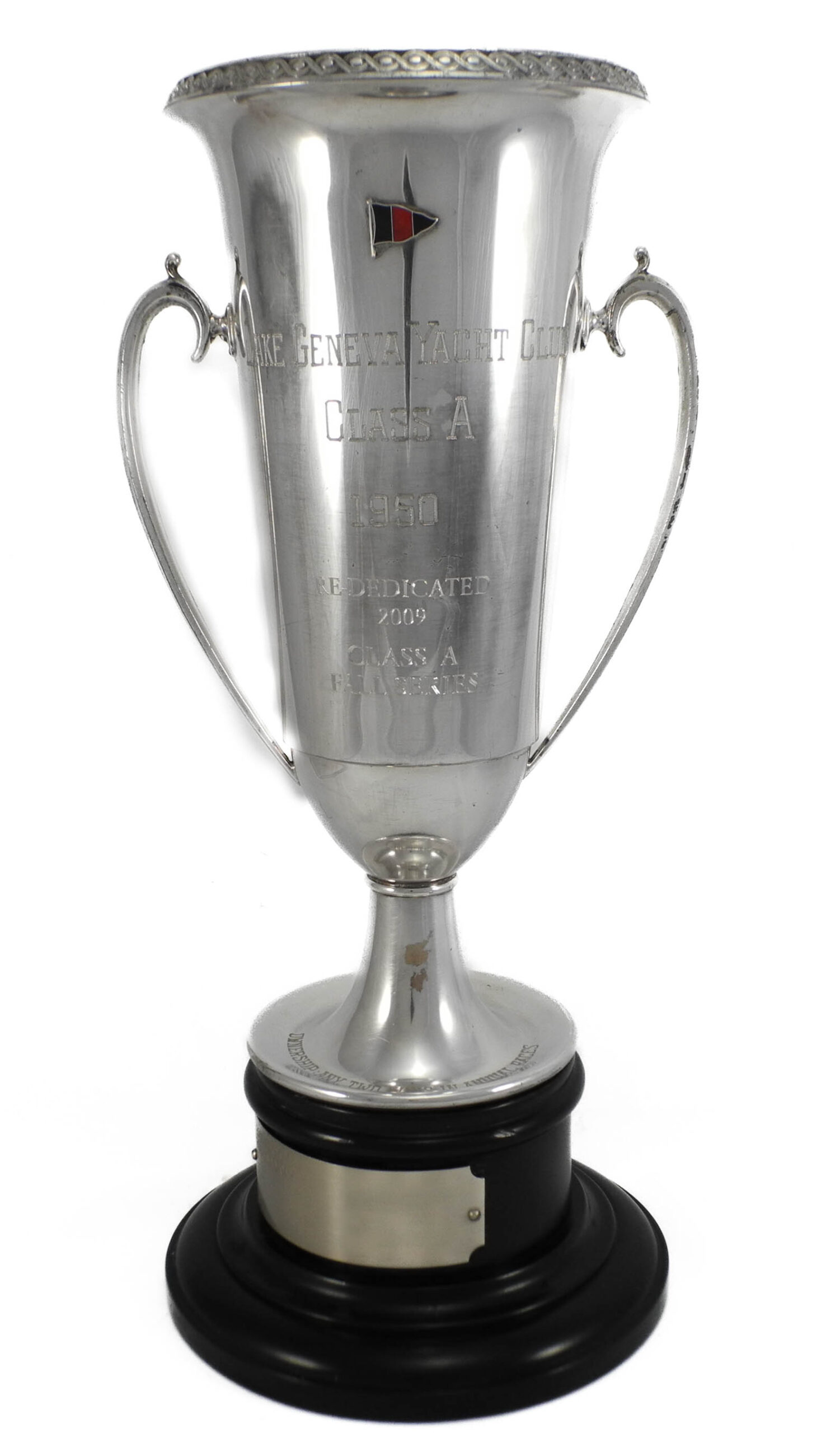 The Fall Series Trophy was originally a Lake Geneva Yacht Club Class A trophy won in 1935 by A. F. “Bud” Gartz in his A-Scow Big Foot. In 1950, as a memorial tribute to him, his children (Gloria Etzbach, Gail Gaylord, Frederick C. Gartz) donated three of their father’s trophies to LGYC, stipulating that this one should become the permanent property of the Class A yacht winning it in any two annual races. In 1950 and 1952, William and John Perrigo, sailing their Ouisconsin, won what was by then called the Gartz LGYC 1935 Championship Trophy and retired it. In 2009, John Perrigo’s son John gave the trophy to Buddy Melges, who donated it to the Yacht Club as a perpetual trophy for the Class A Fall Series.