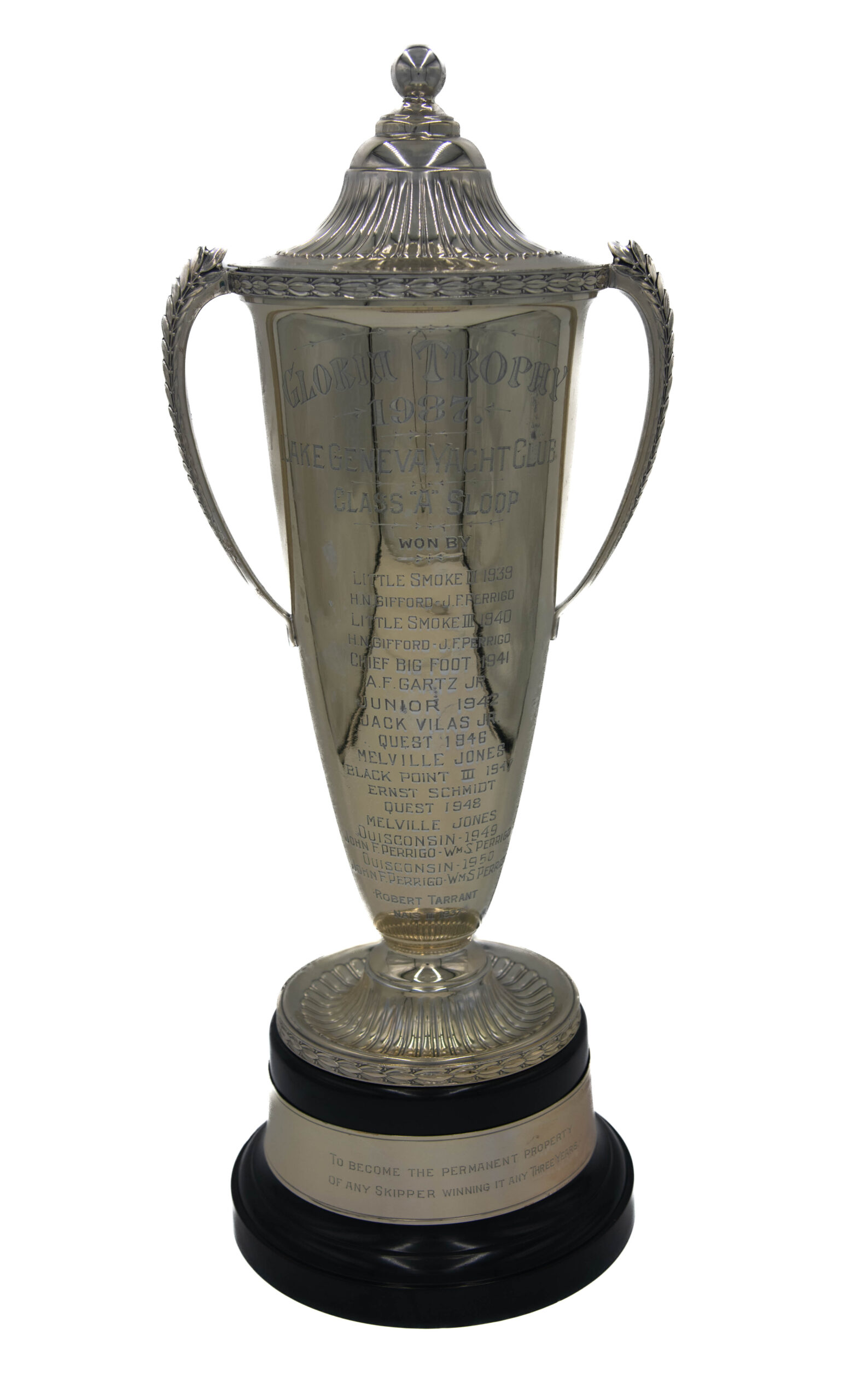 HanThe Gloria Trophy, known in its early days as the Gloria Trophy Vase, has the unusual distinction of honoring two Glorias: the first, starting in 1931, was Gloria Gartz (also known as Gloria Gartz II, to distinguish her from her aunt); the second is Gloria Melges, starting in 2007 when the trophy was rededicated in time for the 2008 season. Gloria Gartz was the daughter of Mr. and Mrs. A. F. “Bud” Gartz, who donated the vase as a skipper’s trophy with permanent possession “to any skipper who successfully wins this trophy two out of three annual consecutive races” [1932 Yearbook]. The first skipper to accomplish that was the donor, A. F. Gartz Jr., but no records suggest that he retired the trophy or that there might have been an earlier Gloria Trophy. (The names of the winners from 1931 through 1936 are not engraved on this trophy.) The engraving of names starts with 1937 on the front of the trophy and with 2008 on the back. The engraving on the silver band around the base states that the trophy is “to become the permanent property of any skipper winning it in any three years.” By 1949, John F. Perrigo had done just that and took permanent possession of the trophy. (His name is also engraved for 1950, though there is no record of a race that year.) In 2007, the Perrigo and Melges families rededicated the trophy, this time as a perpetual trophy, to honor Gloria Melges, who had served as Commodore of Lake Geneva Yacht Club in 1992 and 1993. Today it is awarded to the boat with the best score in the combined races on a Series A scheduled race day. If a tie exists, the higher placing boat in the second race wins.