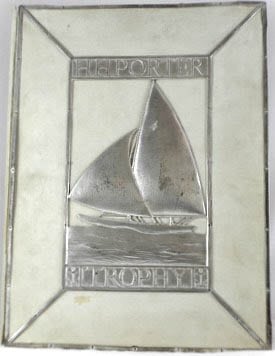 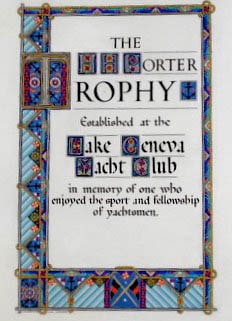 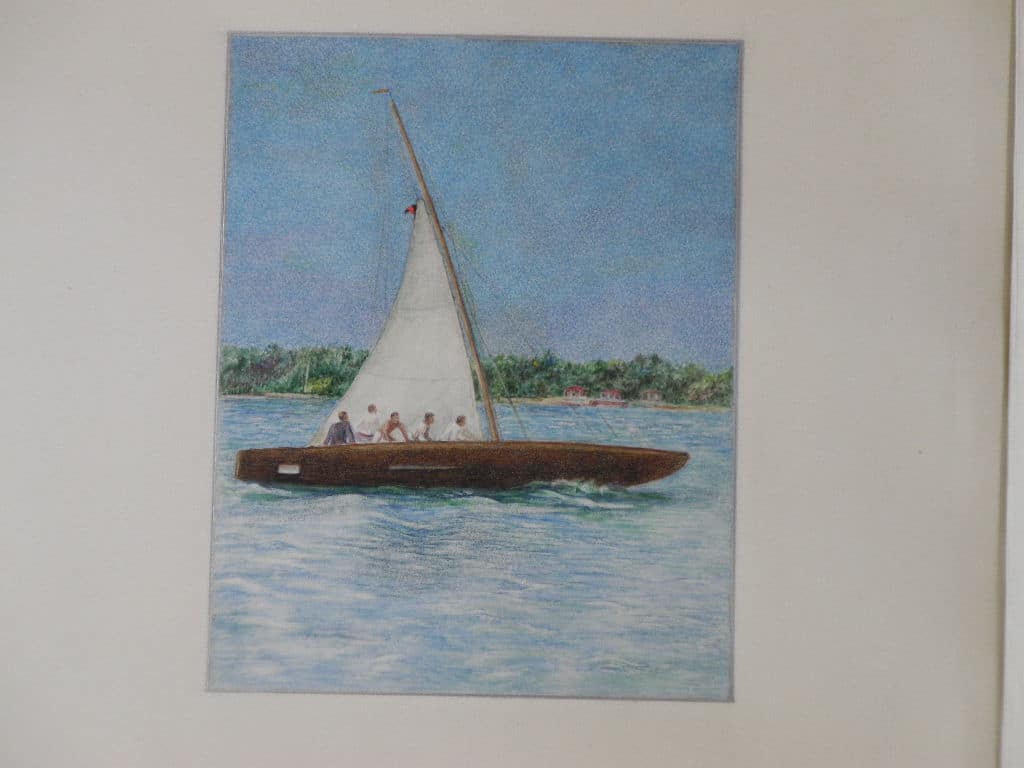 One of Lake Geneva Yacht Club’s most unusual awards is the H. H. Porter Memorial Trophy–a boxed book (13 inches by 9-1/2 inches) that lists, in calligraphic font, the winners of the Sheridan Prize (from its first race in 1874), the Charles H. Wacker Trophy (from 1931), and the Dr. Otto L. Schmidt Memorial Trophy (from 1936) to the present. In 1938, Henry H. Porter’s son, also named Henry H., donated the book to the Yacht Club in memory of his father (1876–1933) “who enjoyed the sport and fellowship of yachtsmen.” In the words of a Yacht Club tribute, the late Mr. Porter had “served with much benefit to the Club” as trustee for four years and as commodore in 1929 and 1930. The cover of the Porter book is embossed in silver; and the initial page for each of the three sections features the trophy’s name in illuminated lettering followed by the names of the winners. Opposite the title page is a watercolor of Henry Porter’s Viking III in the famous 1931 Sheridan Race, sailing under a triple-reefed main toward the rounding mark at Fontana and eventual victory at Geneva. The story of Porter’s remarkable ability to right his boat after capsizing in the big winds and heavy seas has long been a high point in Sheridan lore. The details of that race are preserved in the minutes of the Annual Meeting that year. Porter’s son was a member of the crew. The trophy, which now stays in the Yacht Club trophy case because of its fragility, is awarded to the Class A season champion. The first winner of the calligraphy book was Henry N. Gifford, with skipper John F. Perrigo, in Little Smoke III.