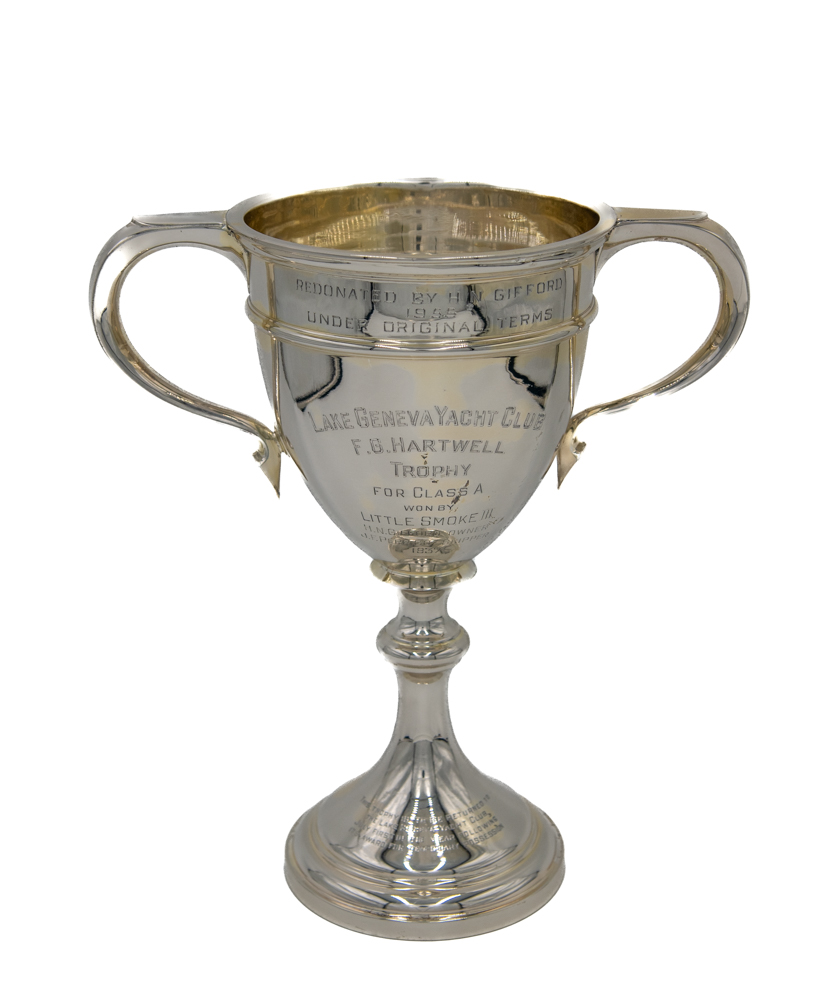 The Schloemer Trophy was donated in 2018 by Ron Schloemer to be awarded in Class A to the highest-ranking owner who is also the skipper of the Championship Series.

History: In 1930, F.G. Hartwell donated this sterling silver trophy to be awarded to the Class A Season Champion and for permanent possession to the skipper who wins it three times in five consecutive years. H.N. Gifford won the championship in 1933, 1934 and 1937 and retired the trophy. (In 1938 a new trophy called the Fred G. Hartwell Memorial Trophy was donated as the perpetual Class A Season Championship trophy.) In 1955 Mr. Gifford redonated the F.G. Hartwell Trophy to be sailed under its original terms and called The Hartwell-Gifford Trophy. In 1964, 1965 and 1966, Ron Schloemer won the Class A Season Championship and thus retired the Hartwell-Gifford Trophy. In 2018, Mr. Schloemer had the trophy completely restored, added engraving, and presented it to the club as a perpetual trophy in Class A under the terms specified in paragraph 1 above.