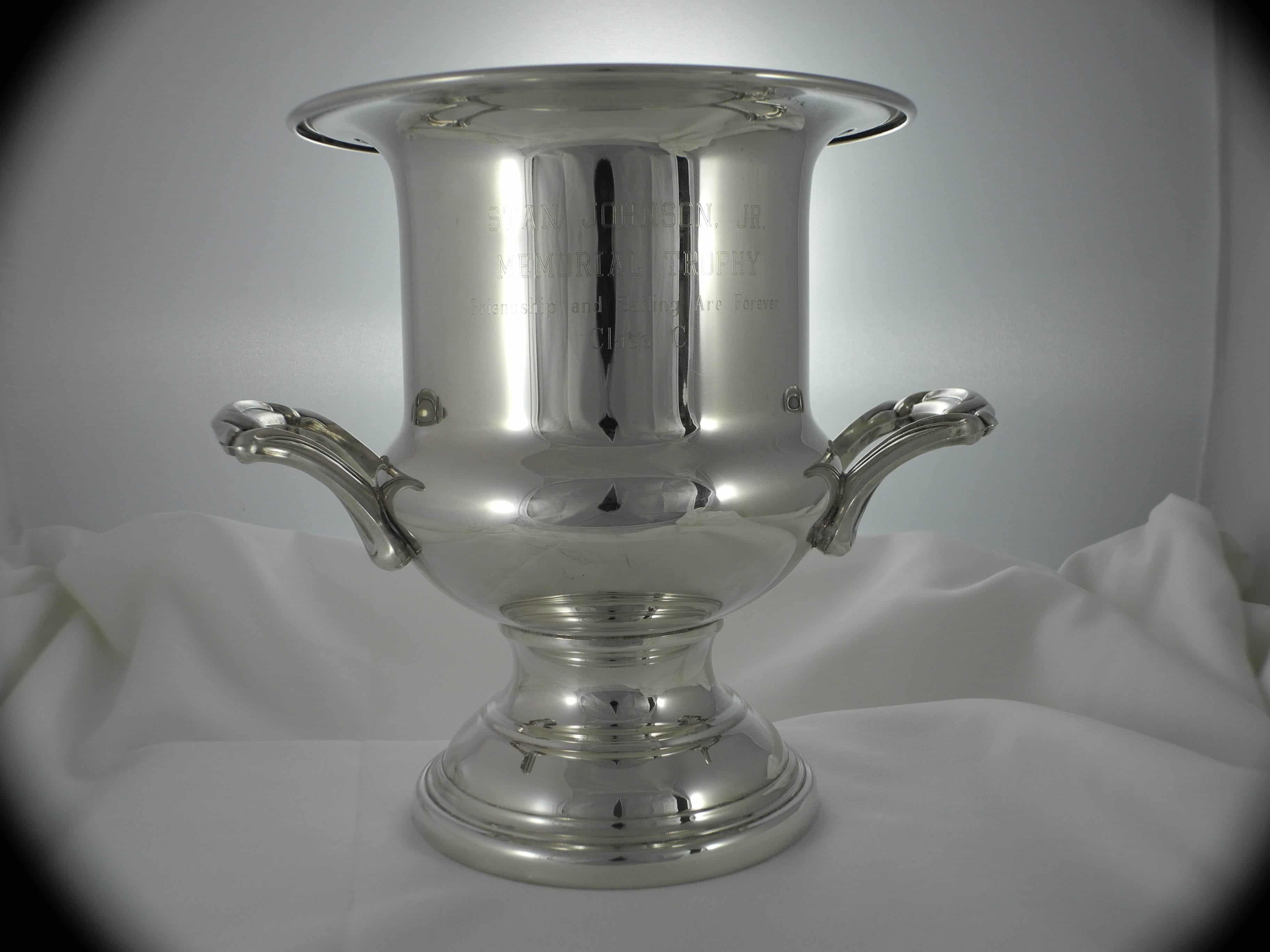 John R. Galley donated this trophy as a perpetual trophy for a Class C championship series race. He said: “It is given in memory of my late good friend, Stan Johnson, who was a Class X and Class C sailor, and an LGYC member in his teens and early twenties.” Engraved on the surface of the trophy are the words “Friendship and Sailing are Forever.”