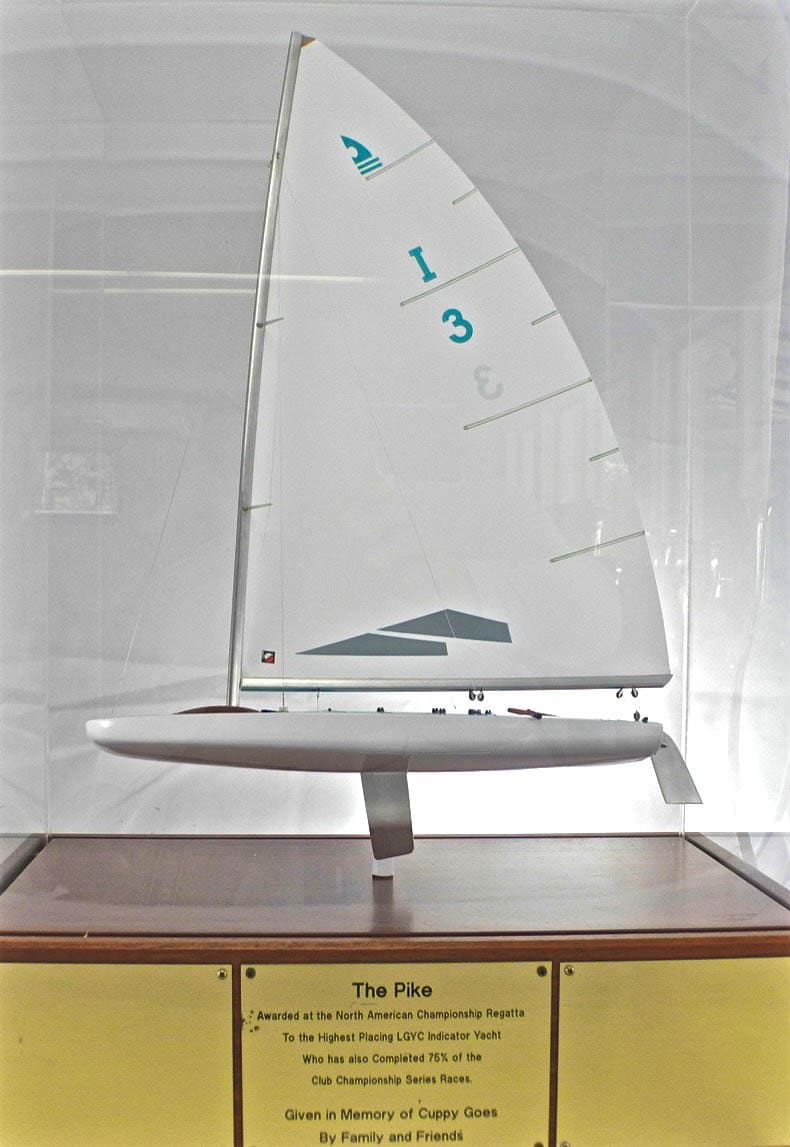 The Pike trophy, sometimes called the Pike I-3 trophy, is a model of the Class C-scow I-3, which was owned and campaigned with great success by C. B. “Cuppy” Goes III, LGYC commodore in 1964 and 1965. The plate on the base of the model’s case reads as follows: “The Pike awarded at the North American Championship Regatta to the highest placing LGYC Indicator Yacht who has also completed 75% of the club championship series races. Given in memory of Cuppy Goes by Family and Friends.” After the North American Championship was discontinued, the terms of competition for this trophy were amended, and it is now awarded to the best-scoring boat in four races held over two scheduled Series A race days, with a third scheduled Series A day as a makeup day. The first four completed races on the scheduled days are scored for the trophy. A minimum of three races must be completed for the trophy to be awarded. A Ted Brennan drawing of Cuppy’s early gaff-rigged C-scow appears on the cover of the LGYC 1997 Yearbook, which was dedicated in his memory and which salutes him for his 50 years of service to the Yacht Club and the Sailing School. As is evident by studying the listings in this section of the Virtual Trophy Room, Cuppy Goes won many LGYC Class C trophies and fleet titles, and his multiple wins earned him the club’s Aunty Jo Trophy six times. Cuppy Goes also won ILYA Annual Regatta Class C championship in 1941, 1954, and 1958.