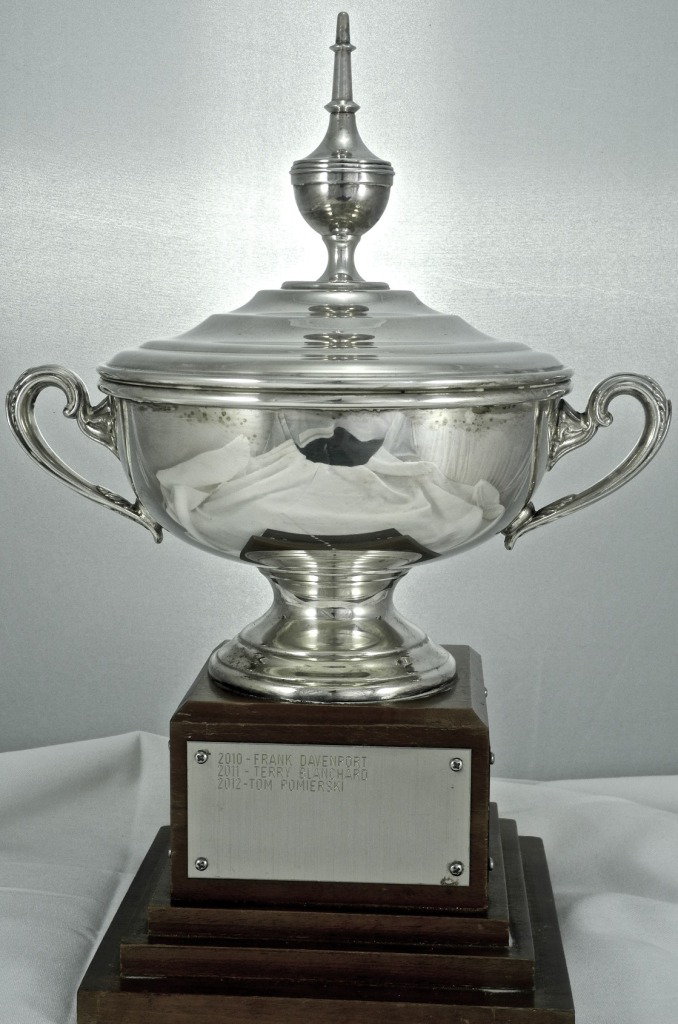 In 1950, Mr. and Mrs. William H. Freytag donated this unusual silver cup as a parents’ trophy in Class C, specifying that it should become the permanent possession of the skipper winning two out of three consecutive races. (Early yearbooks list it as the Novelty Trophy.) In 1951 and 1953, Mrs. Clifford Y. Wiswell, with her daughter, Jane, as crew, won the trophy for permanent possession, and Mrs. Wiswell redonated it under the original conditions. After winning it in 1959 and in 1961, Willard W. Zils and his son, John, retired the trophy. In 2002, the Zils family redonated the trophy as a perpetual trophy to be awarded annually to the highest-ranking skipper in the championship series who is at least 50 years old by June 1 of the racing season.