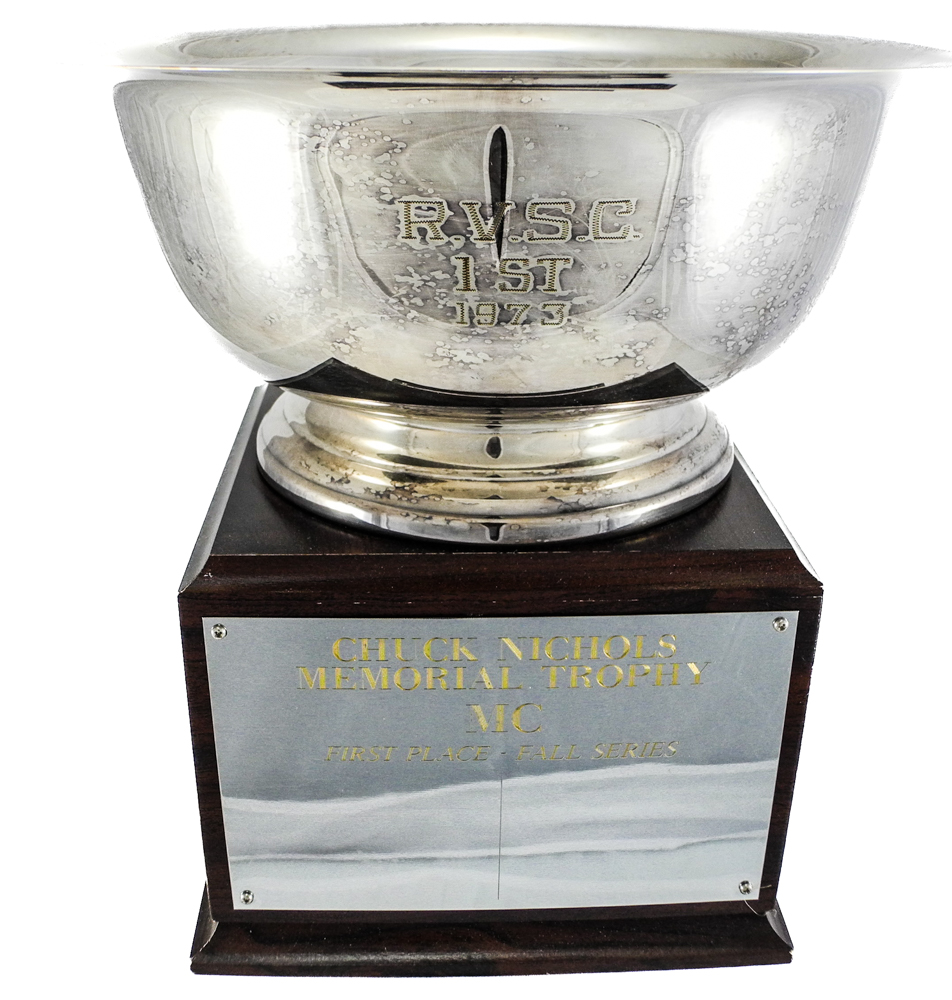 Chuck Nichols won this Revere bowl when he was a member of the Rock Valley Sailing Club of Rock Cut State Park in Rockford, Illinois, the place where his love of sailing began. It is engraved RVSC, 1st, 1973. The bowl, which was donated to the Yacht Club by Chuck Nichols’ wife Rae, is now a perpetual trophy at Lake Geneva Yacht Club and is awarded to the winner of the MC Fall Series.