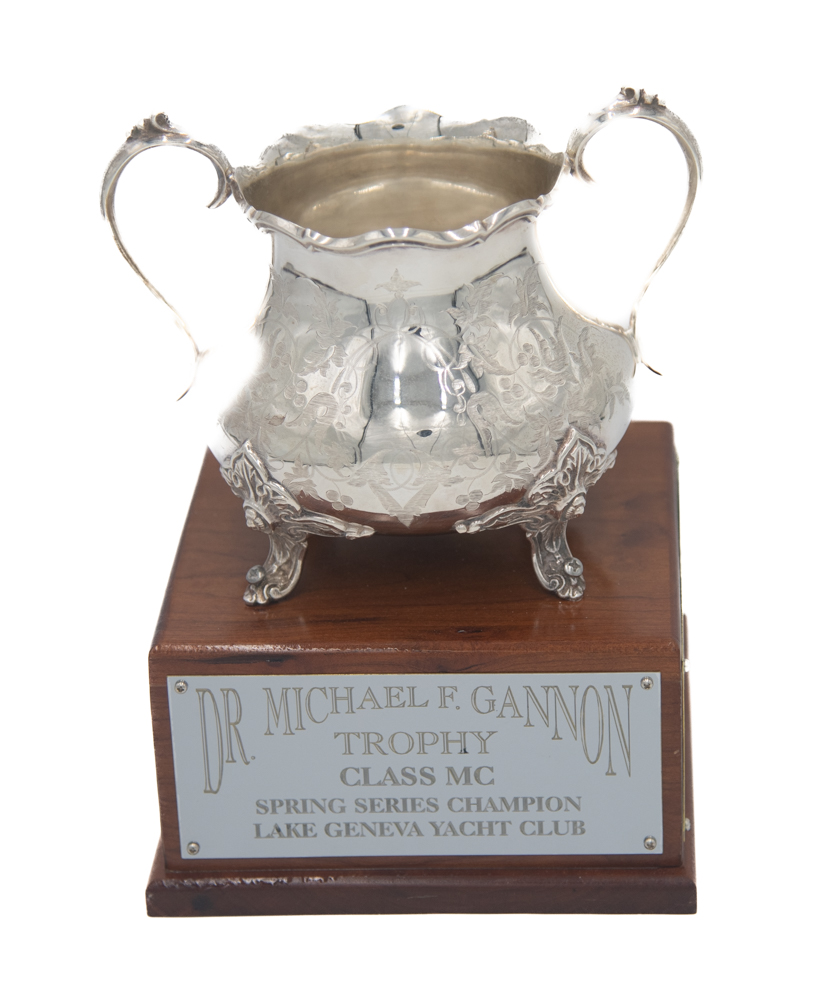 A footed, two-handled late Victorian silver bowl, heavily engraved with flowers, leaves and berries, was obtained from the London Silver Vaults in London, England. The trophy and its hand-made wood base were underwritten by Mr. & Mrs. Christopher Gannon, with the request that the trophy be named in honor of their father, Dr. Michael F. Gannon. This is a perpetual trophy to be awarded to the winner of the MC Spring Series Championship. Should the Lake Geneva Yacht Club cease to schedule an MC Spring Series or should the Lake Geneva Yacht Club MC fleet disband, then it shall be at the discretion of the Board of Directors as to the disposition of this trophy.