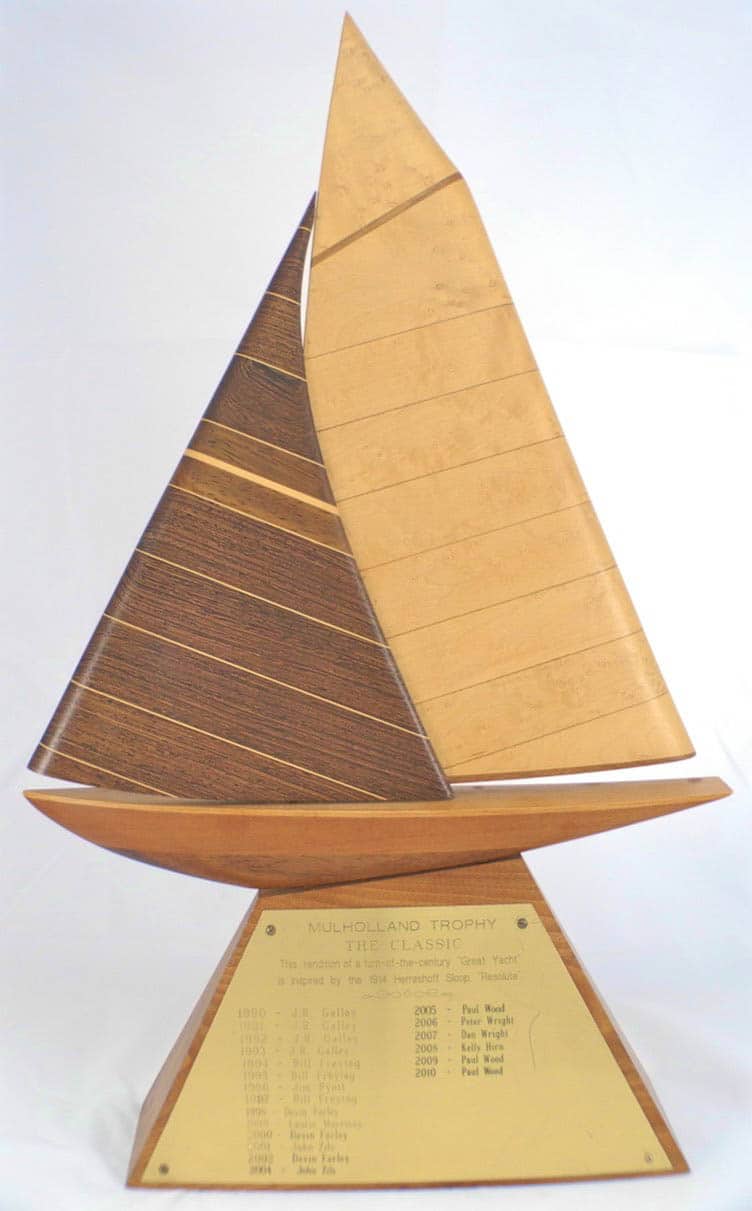 Named The Classic, this sculpture is made of American and exotic hardwoods and is a rendition of the 1914 sloop Resolute, winner of the 1920 America’s Cup match over the challenger Shamrock IV. The trophy was donated to the Yacht Club in 1990 by William C. Huck to honor the memory of his grandparents, William J. and Ella M. Mulholland. It is a perpetual trophy and is awarded annually to the Masters Division winner of a regularly scheduled MC race.