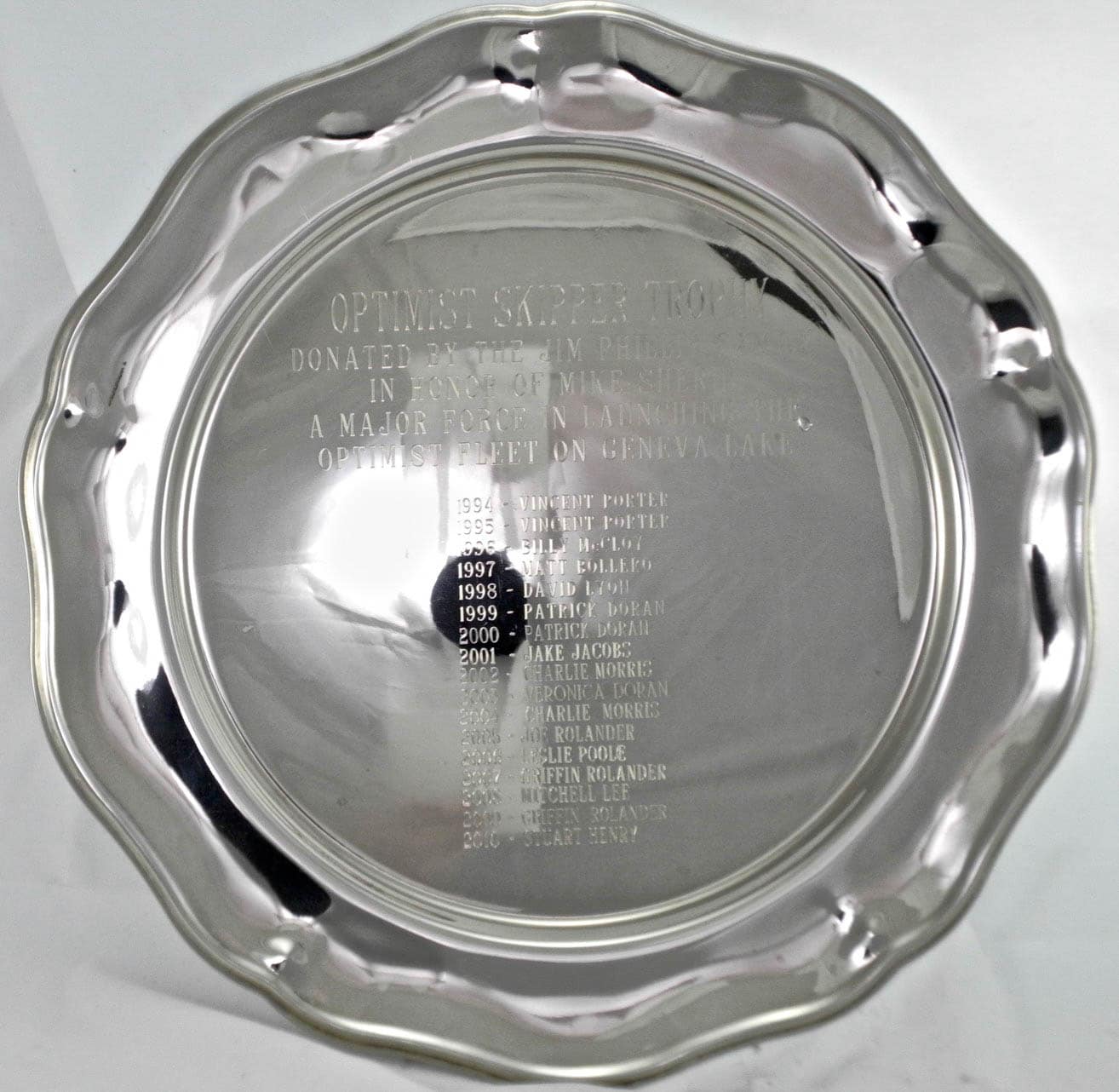 Donated in 1994 by the Jim Phillip family in honor of Michael H. Sherin, who was a major force in launching the Optimist fleet on Geneva Lake, this silver tray is awarded annually to the Optimist skipper of the year. GLSS racing coaches and the director select the winner based on the skipper’s leadership on and off the water as demonstrated by work ethic, sportsmanship, attitude, sailing performance, teamwork, and determination to improve. Mike Sherin, who is a long-time member of the LGYC race committee and a frequent principal race officer, served as president of the Geneva Lake Sailing School in 1989 and 1990 and as commodore of Lake Geneva Yacht Club in 2000 and 2001.