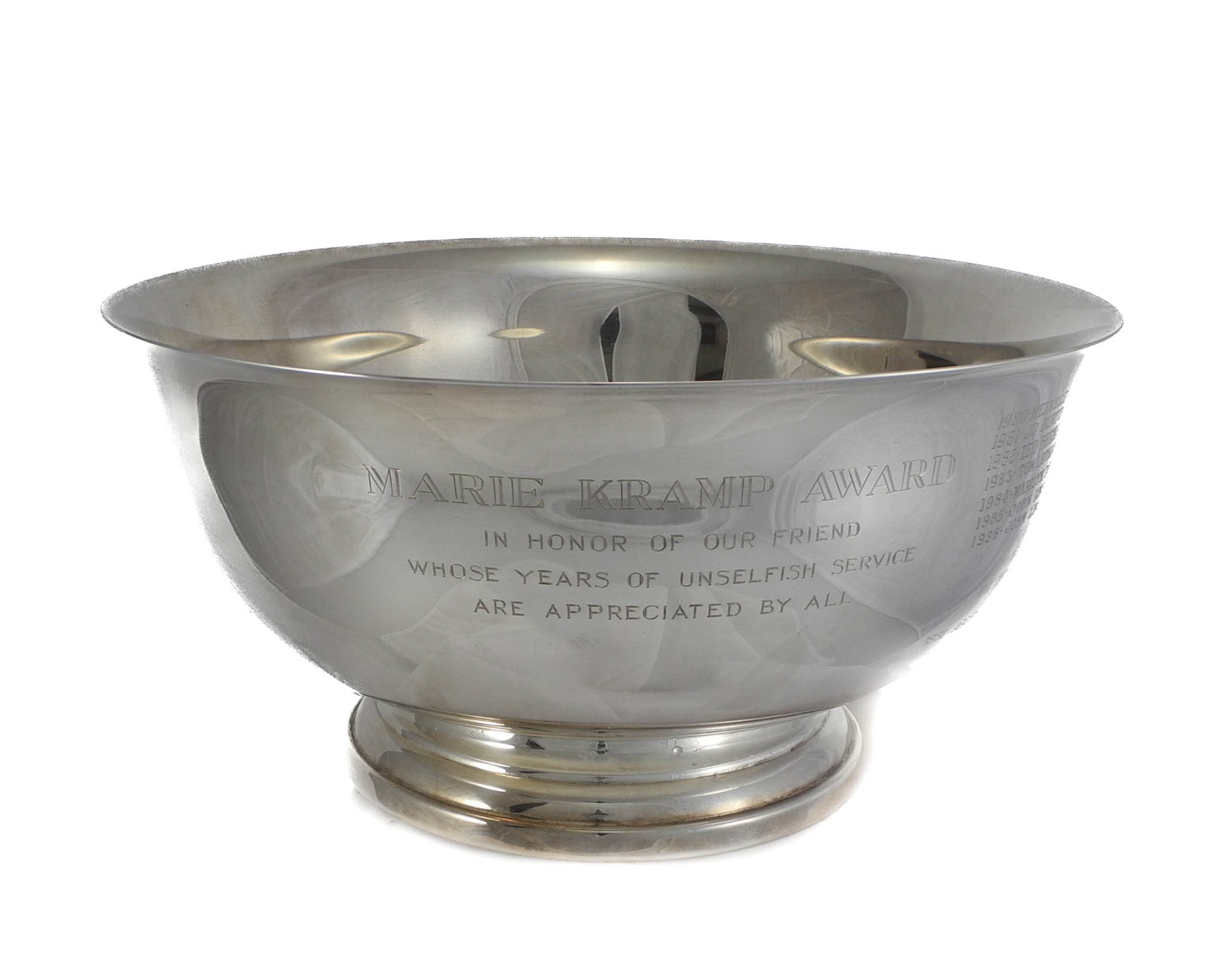 In 1980, members donated a handsome Revere Bowl to the Yacht Club to honor Marie Kramp, who had been a long-time employee, and to establish in her name a special prize to recognize members for outstanding service. Engraved on the trophy are the following words: “In honor of our friend whose years of unselfish service are appreciated by all.” Mrs. Kramp (1920 – 2009) started working for the Yacht Club around 1950 and retired in 1990. “The Yacht Club was Marie’s home away from home,” recalls her daughter-in-law, Cindy Kramp. “She took such pride in providing the best food and service that anyone could imagine. She so enjoyed all the members.” Marie Kramp was a kind and caring person, and the Yacht Club children of her day still talk about her Marie-burgers, her frozen Milky Ways, and her friendly but watchful eye. As one former Sailing School student put it, “I think she really liked us all.”