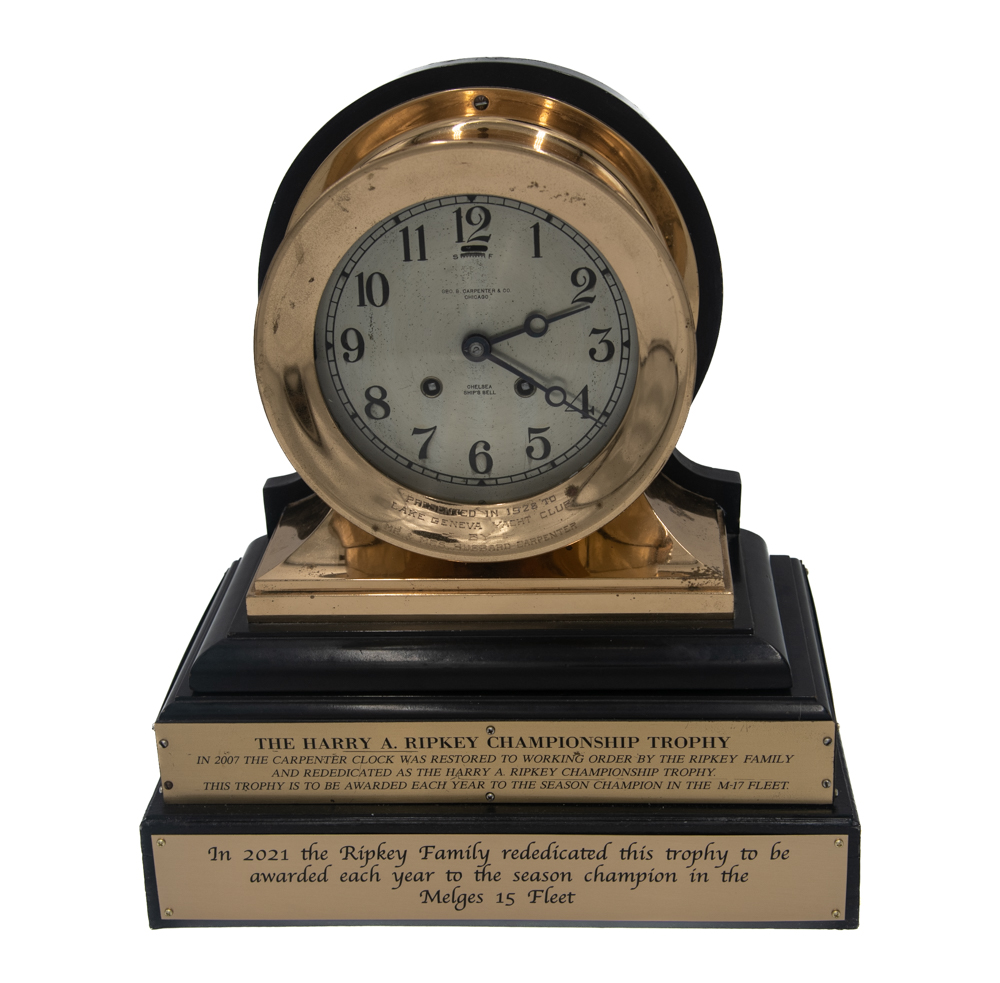 Originally presented to the Yacht Club in 1928 by Mr. and Mrs. Hubbard Carpenter, this Chelsea Ship’s Bell Clock became a trophy in 1982 for the J-24 Class and awarded annually to the winner of a championship series race. In 2007, it was restored by the Ripkey family and rededicated as the Harry A. Ripkey Championship Trophy. It is awarded each year to the season champion in the Melges17 fleet. As the Carpenter Clock, it served as the Yacht Club’s “official time.”