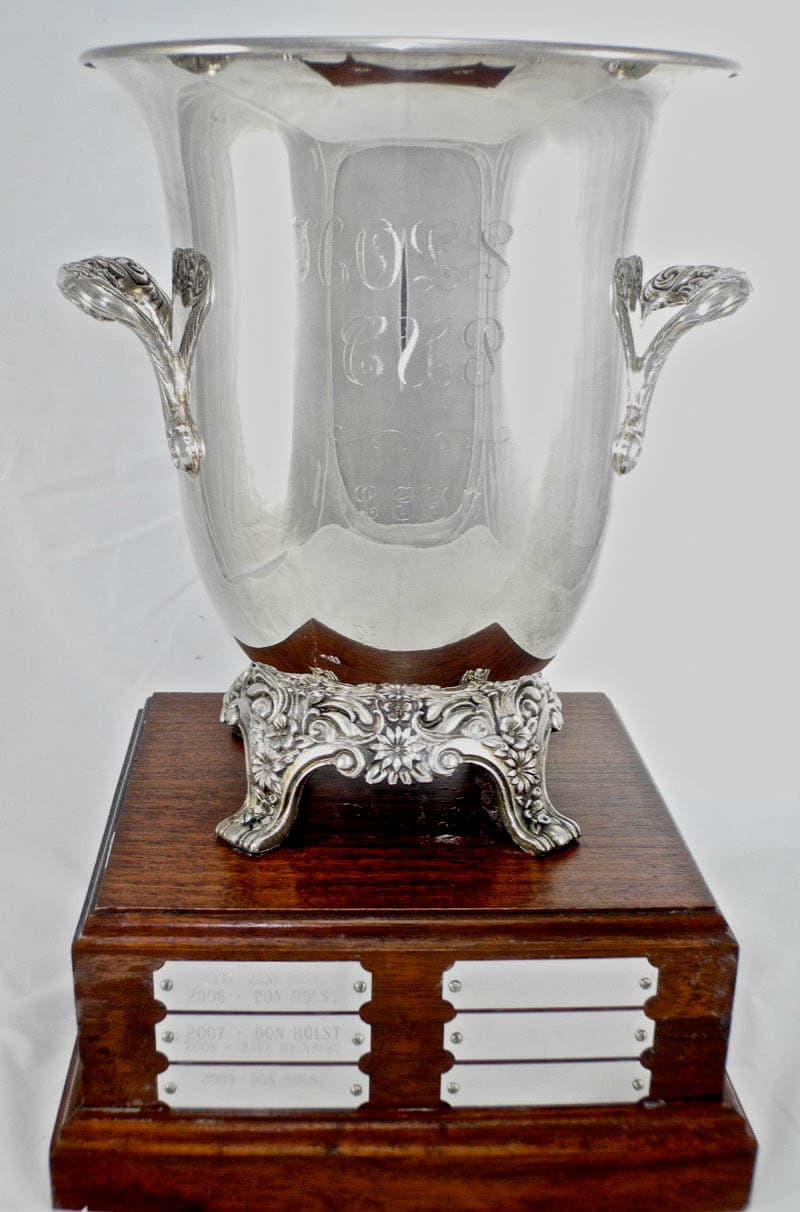 In 2004, Donald C. and Merilee M. Holst presented a silver ice bucket on a wood base as a perpetual trophy to encourage competitive sailing, and it was awarded to the winner of the combined spring and fall series of the Sonar fleet. In 2011, it was awarded on the basis of a single race in the spring as there was no fall race. In May 2012, at the request of the donors, the Board of Directors rededicated the Holst Cup to the Melges 24 fleet to be awarded to the winner of its fall series.