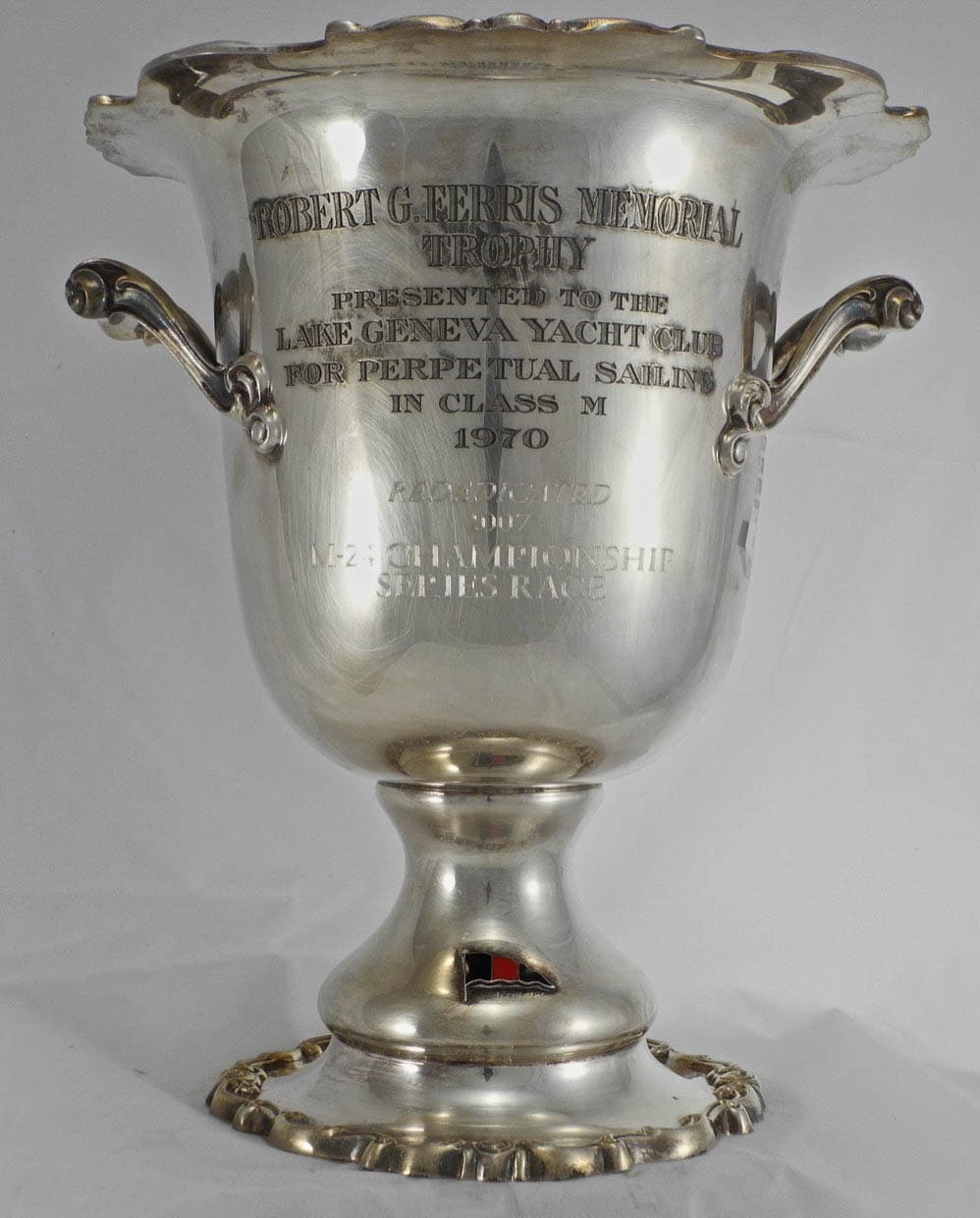 In 1970, Mrs. Robert G. Ferris donated this silver urn to Lake Geneva Yacht Club as a perpetual trophy for the M-16 Class. It was rededicated in 2007 as a trophy for a championship series race in the Melges-24 Class. Robert Ferris, who joined the Yacht Club in 1921, served as commodore in 1954 and 1955. After the ILYA authorized an experimental class in 1950, Bob Ferris and Harry Melges Sr. worked together to develop new ideas, designs, and rig/hull improvements. In the 1953 yearbook, what was called the Experimental Class included five boats (Melges, Ferris, Bruce Armstrong, William Reier, Billy Grunow); in the 1954 yearbook, the M-16 Class made its first appearance in the Yacht Club’s fleet listings, and in addition to the above names included Andrew Smith and Kenneth Porter.