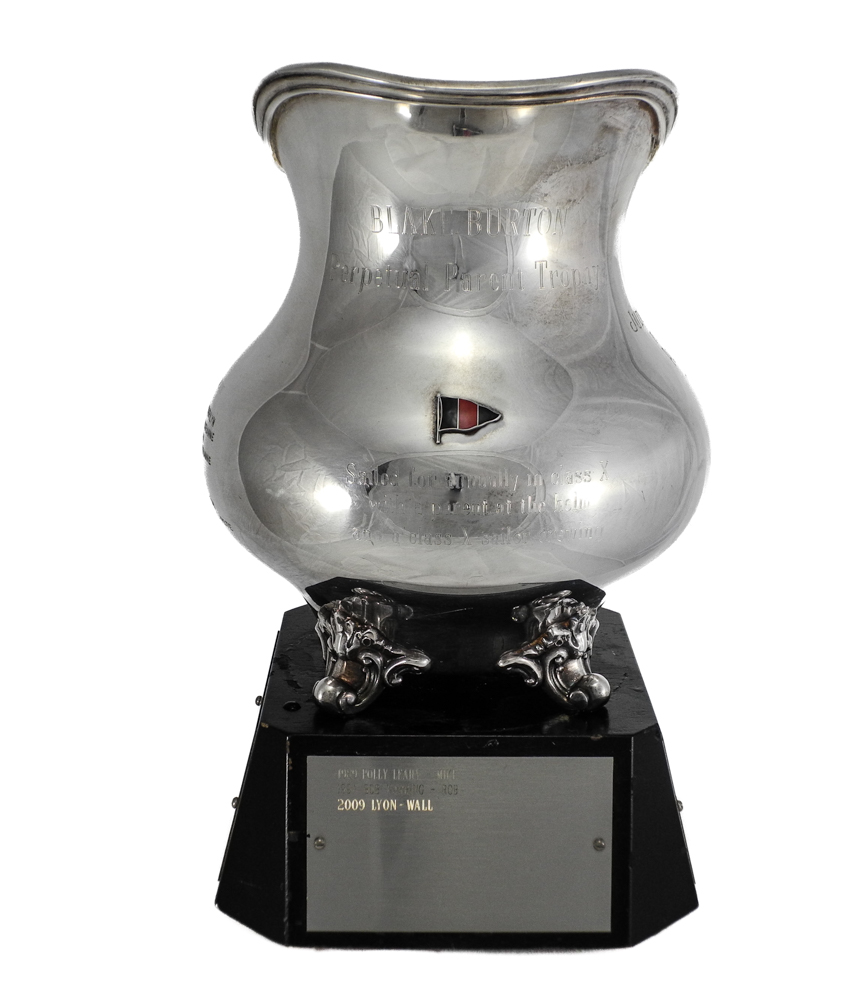 In 1968, Mr. and Mrs. Blake Burton donated this silver pitcher as a perpetual trophy to be sailed for annually in Class X with a parent at the helm and a Class X sailor crewing. On one side of the trophy is engraved “Class X, Judge’s Trophy, First Place, Aunty Jo 1961,” indicating its earlier life as a tribute to Mrs. Burton for her contributions as a judge. Her activities at the Yacht Club included many years as a race committee member and adviser, executive secretary, trustee, and director.