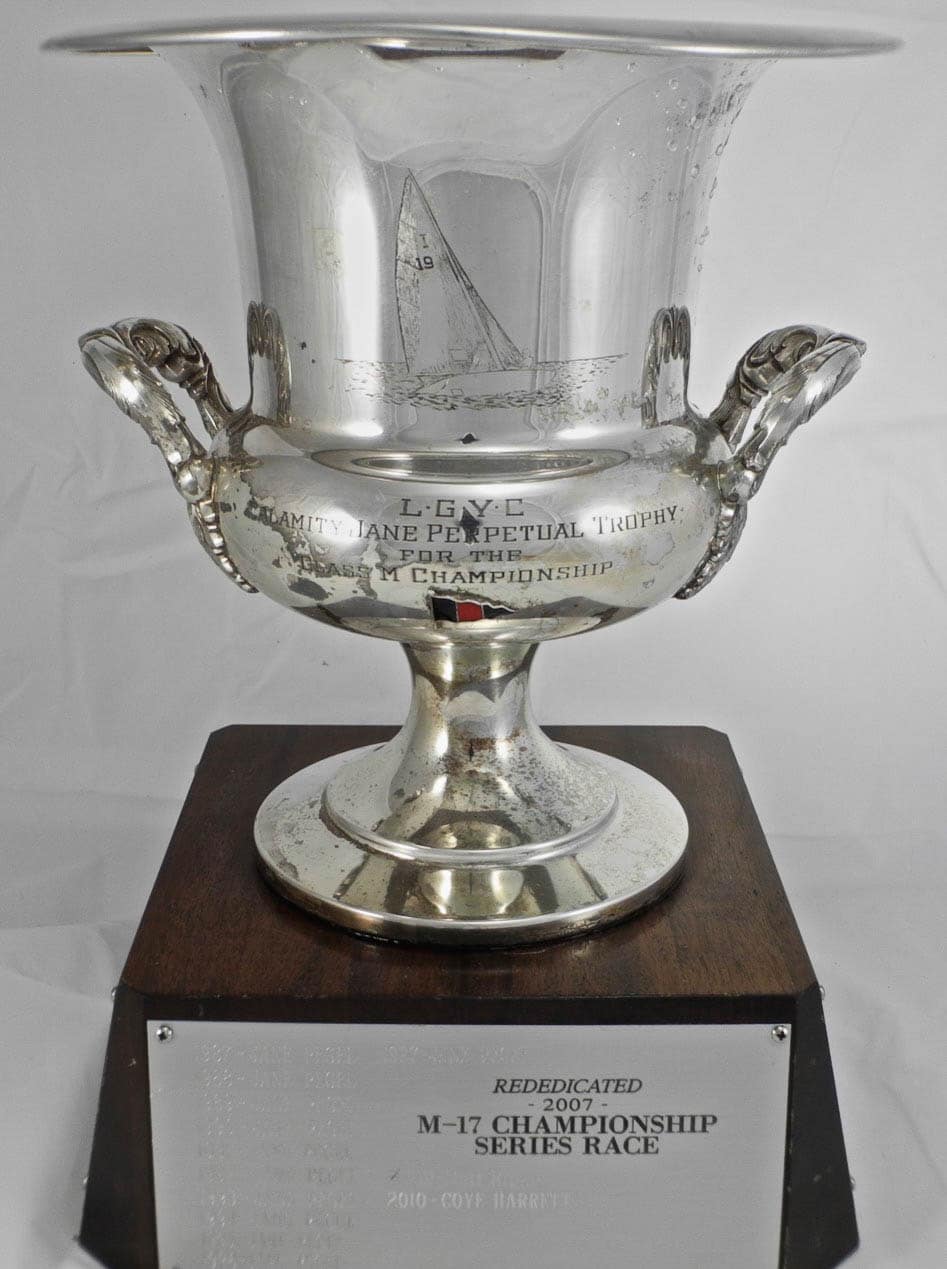 This wine cooler on a wood base was originally dedicated to the class M16 championship.  It was rededicated in 2007 to the M17 fleet, to be awarded annually to the winner of a championship series race.