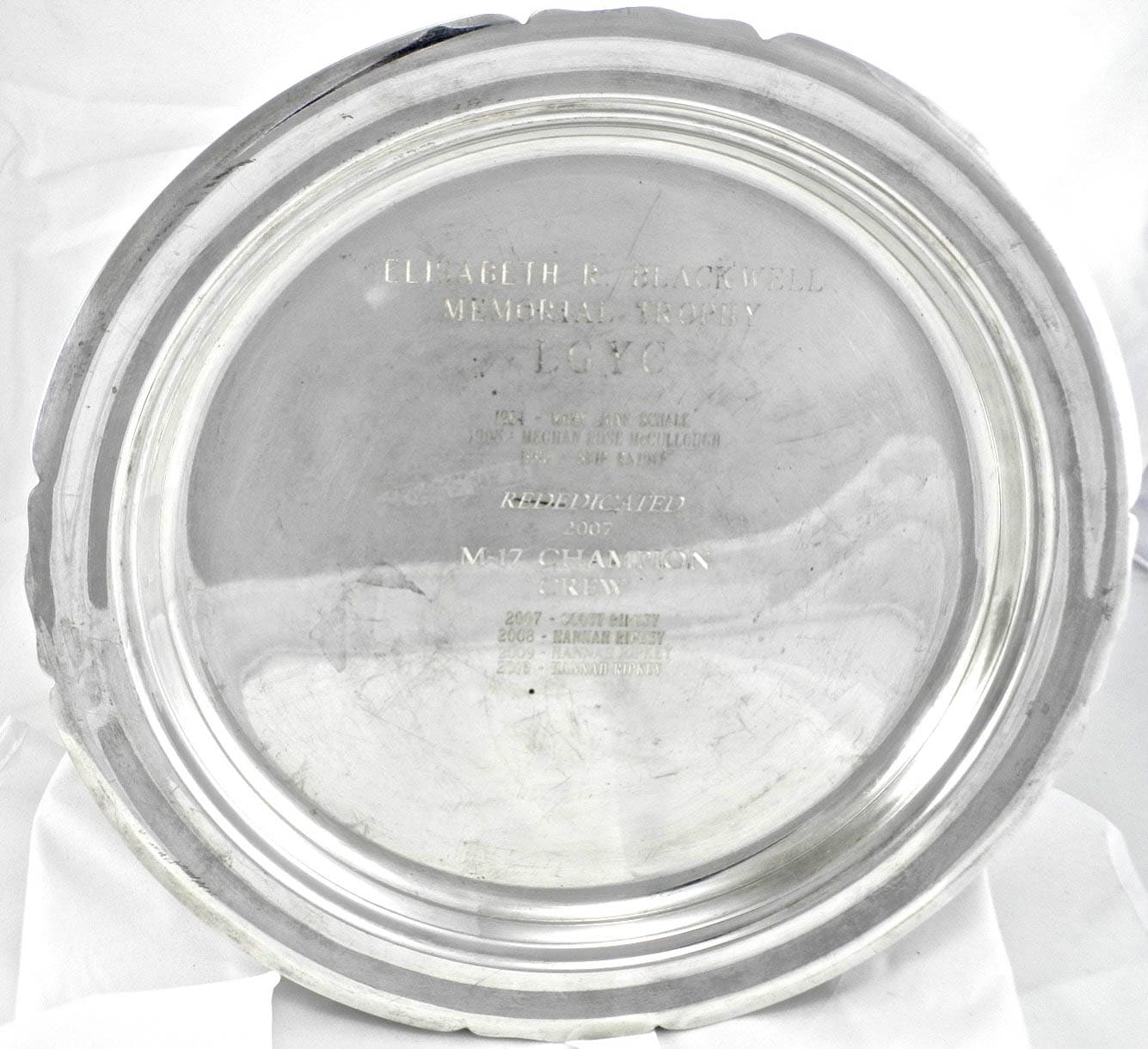 Laurie Morrissy donated this trophy to Class M as a crew trophy in memory of her crew.  In 2007, it was re-dedicated to the M17 fleet to be awarded to the crew of the championship series winning boat.