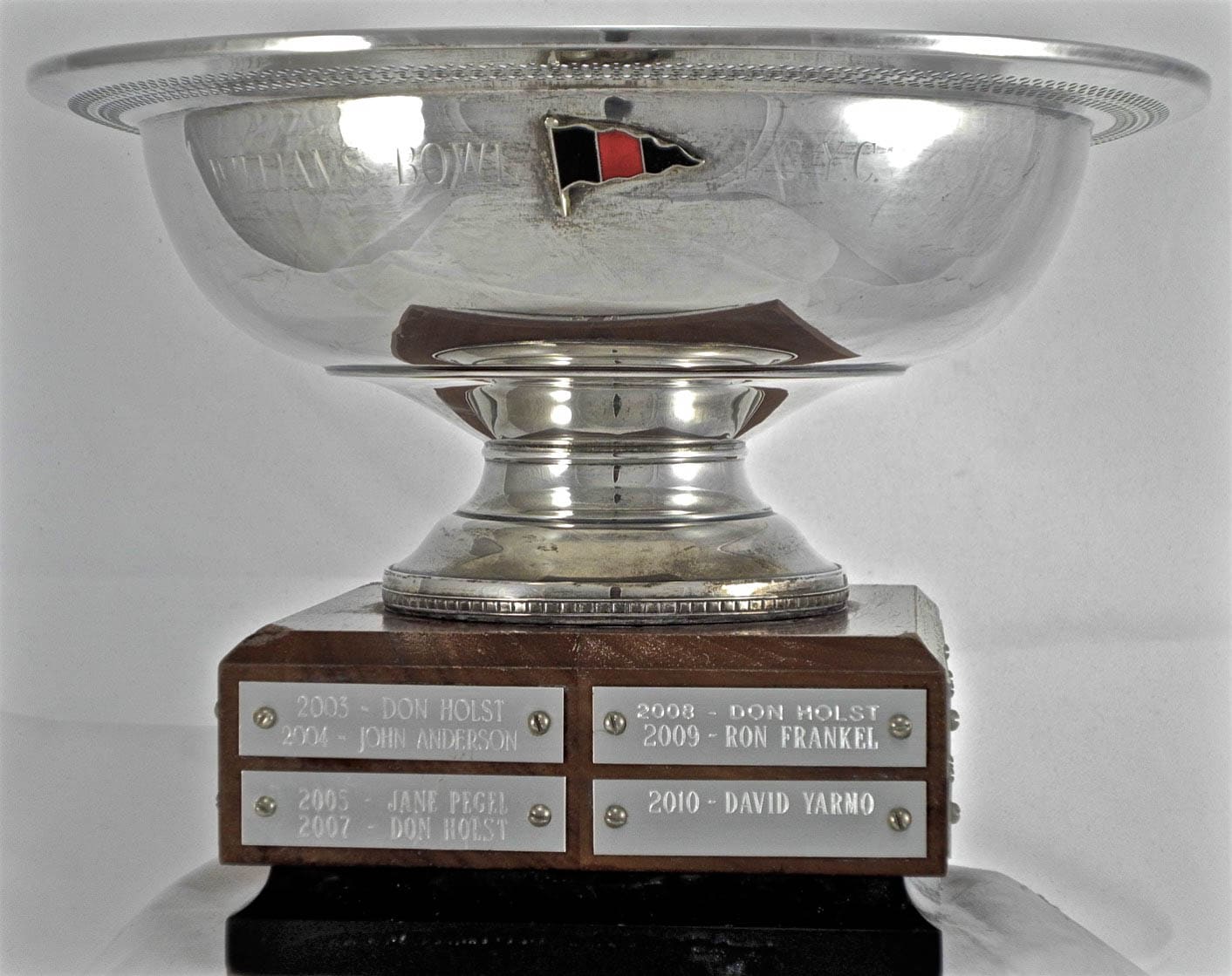 Presented to the Lake Geneva Yacht Club in 1995 by David B. Williams, as a perpetual trophy for an individual race within the A championship series of the Sonar Class, this is a silver bowl with a filigreed lip mounted on a wooden base. In 2019, the trophy was rededicated to the Women on the Water fleet as a perpetual trophy for their B Series championship. At that time, the bowl was remounted on a larger base. At the request of Mr. Williams, the plaques containing the names of the 1995 – 2011 winners were transferred to the new base.

Women on the Water: