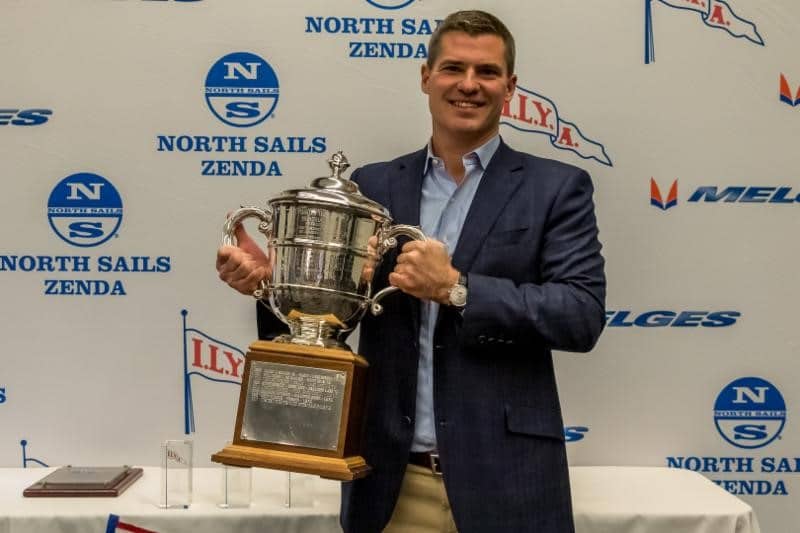 From Scowlines: Peter Strothman was awarded for his consistent performance at the ILYA Champs MC Fleet at Upper Minnetonka. Peter is the third recipient in the Strothman Family to receive this most prestigious award. Peter’s father Jack won in the D class 1962; his brother David won in the C fleet in 1999. In Peter’s acceptance speech, he acknowledged his family’s past but he enthusiastically spoke of the future of sailing. If there were a model for encouraging youth sailing, Peter Strothman and his cohorts on Geneva exemplify the best by example. With three children under 10, Strothman rarely races without one or more children on the boat. The joy of sharing and teaching his children exemplifies his dedication to the sport and its continuation. Congratulations to a leader on the water in more ways than one. This selfless dedication to giving back resulted in a true champion named as the ILYA’s Best Sailor of the Year.