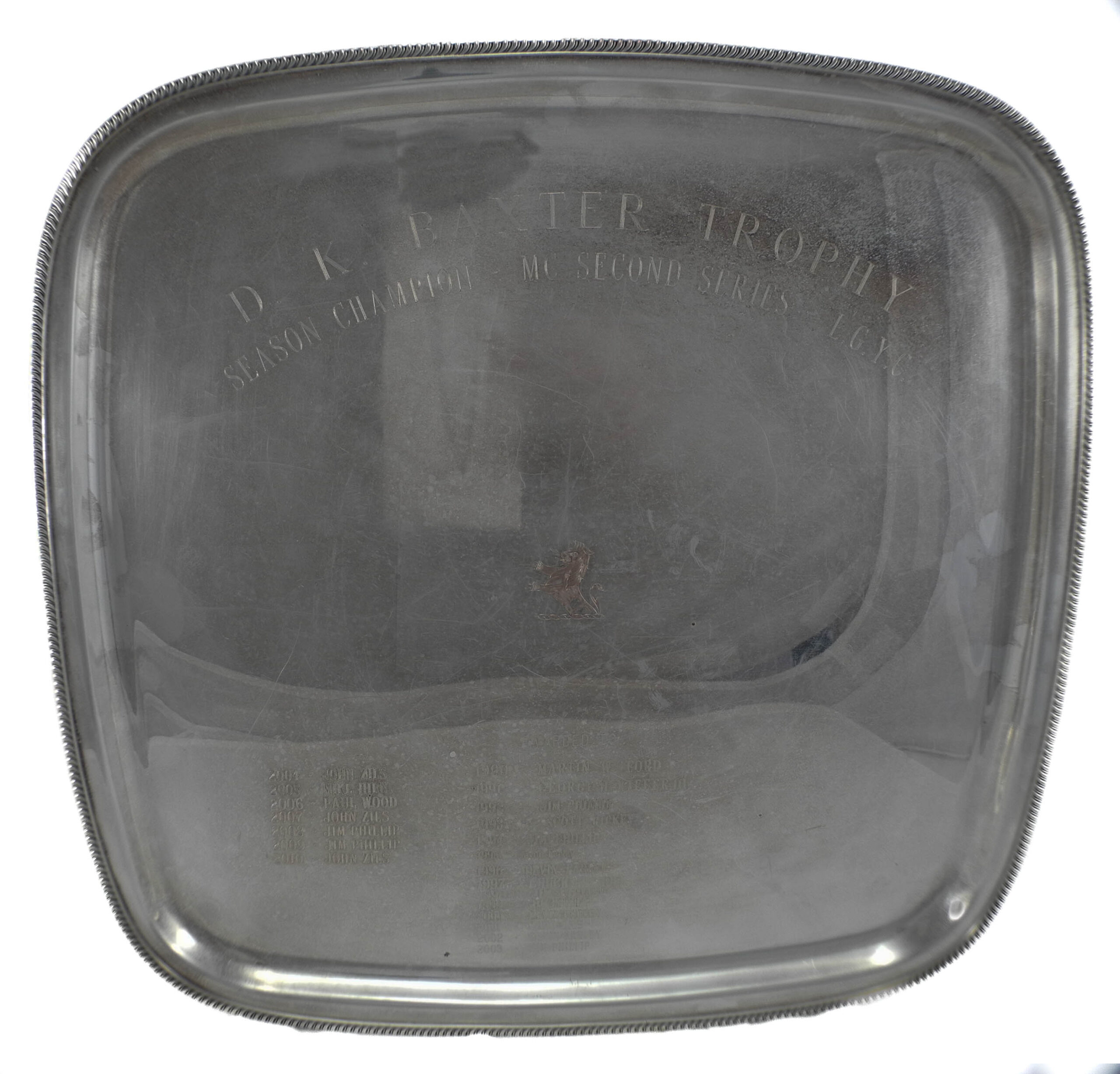 In 1990, James R. Phillip donated this large rectangular early-1900s Sheffield silver platter to the Yacht Club in memory of his grandfather, Don Baxter, who raced scows on Lake Okoboji, Iowa, and had introduced the MC there. Jim Phillip brought one of his grandfather’s boats to Geneva Lake when the fleet started at LGYC in the mid 1980s. The D. K. Baxter Trophy is awarded annually to the winner of the Season Championship MC Second Series.