William H. Freytag Memorial Trophy for Skipper of the Year 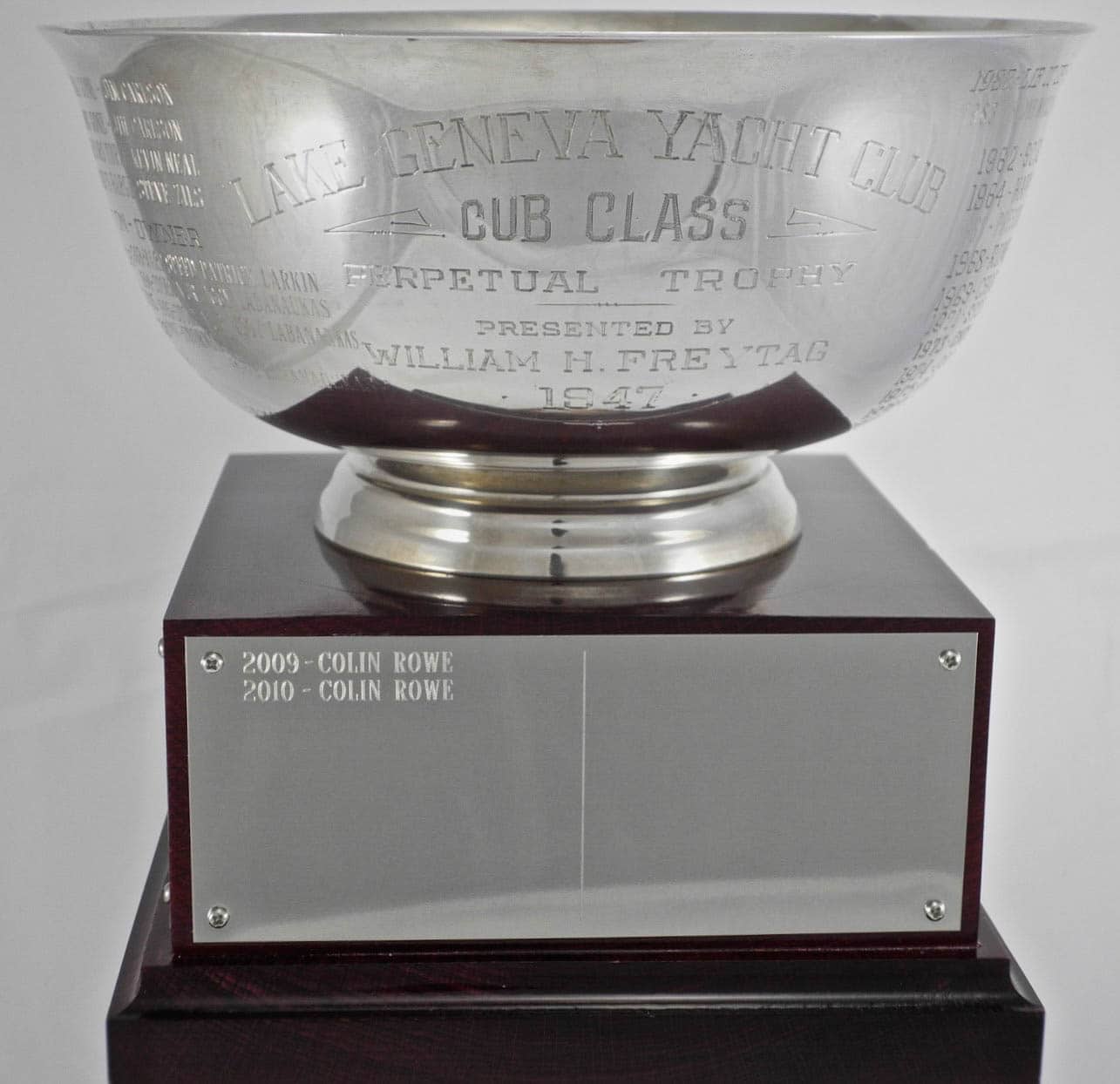 In 1979, the Geneva Lake Sailing School dedicated this large Revere bowl in memory of William H. Freytag Sr., who was the attorney for the Yacht Club and the Sailing School for many decades and was instrumental in the Lake Geneva Yacht Club Sailing School’s incorporation, in 1953, as the Geneva Lake Sailing School. Bill Freytag served the Yacht Club for more than 25 years as trustee, commodore (1958 and 1959), Sheridan Prize trustee, judge, and race committee member, and he was deeply committed to the School’s ongoing development and success. The GLSS racing team coaches and the executive director award the William H. Freytag Memorial Trophy to the Class X skipper who exhibits leadership skills on and off the water as demonstrated by work ethic, sportsmanship, attitude, performance, and teamwork.