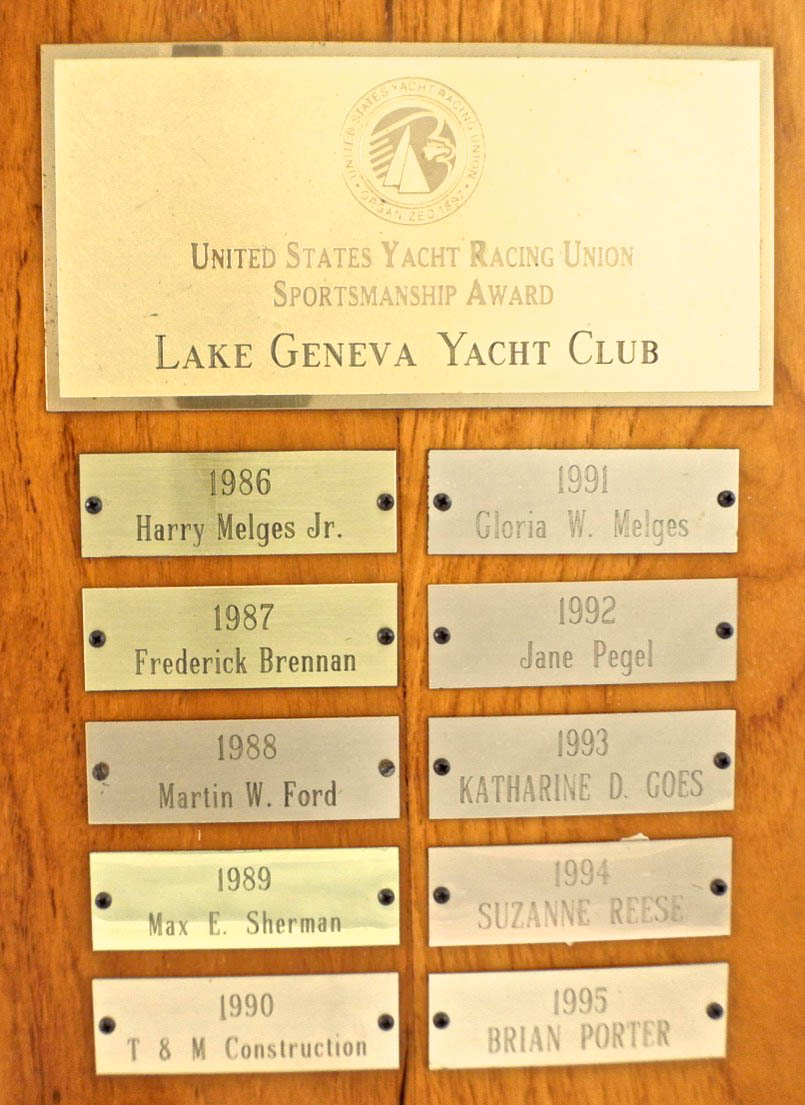 In 1986, the national authority of the sport of sailing, the United States Yacht Racing Union, now known as the US Sailing Association, established the National Sportsmanship Award for the W. Van Alan Clark Jr. Trophy to honor the individual who best exemplifies the spirit of sportsmanship. Each year, a sailing organization may submit the name of its nominee for the trophy to the US Sailing Association. These candidates are individuals who have demonstrated an extraordinary example of sportsmanship or continuous sportsmanlike conduct on or off the water that illustrates the finest traditions of the sport. In 1986, LGYC’s Board of Directors nominated Buddy Melges for consideration for this award, and the national authority selected Melges from among the other candidates as the trophy’s first recipient. Nominees and their nominating organizations receive commemorative plaques. Listed below are LGYC’s nominees for US Sailing’s  W. Van Alan Clark Jr. Trophy.