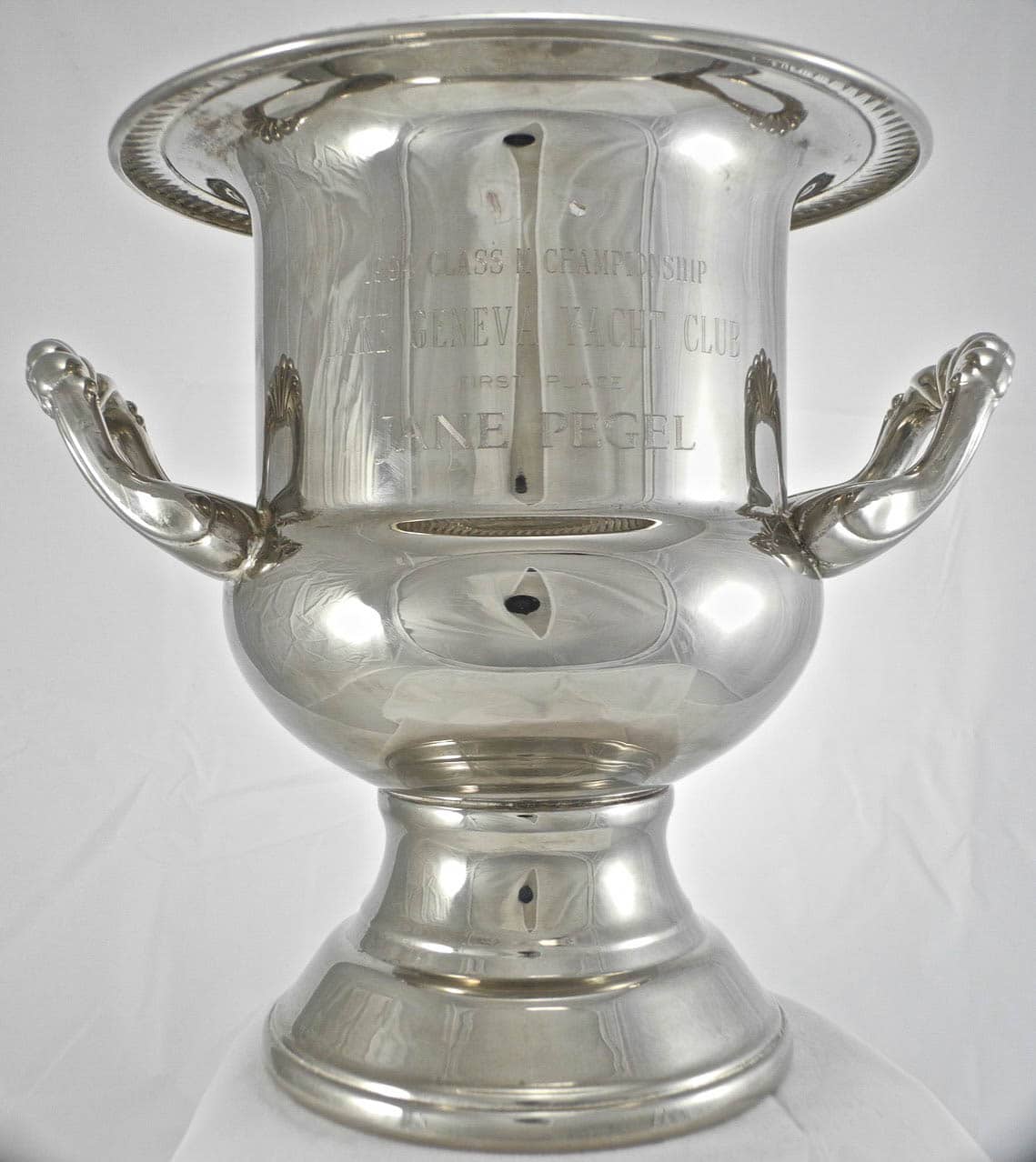 In 1994, Jane Pegel received this silver wine cooler for winning an overall first that season in Lake Geneva Yacht Club’s Class M Championship. In 2007, she donated the trophy to the International Optimist Dinghy fleet to be awarded annually to the sailor with the best score on the first day of Series A racing.