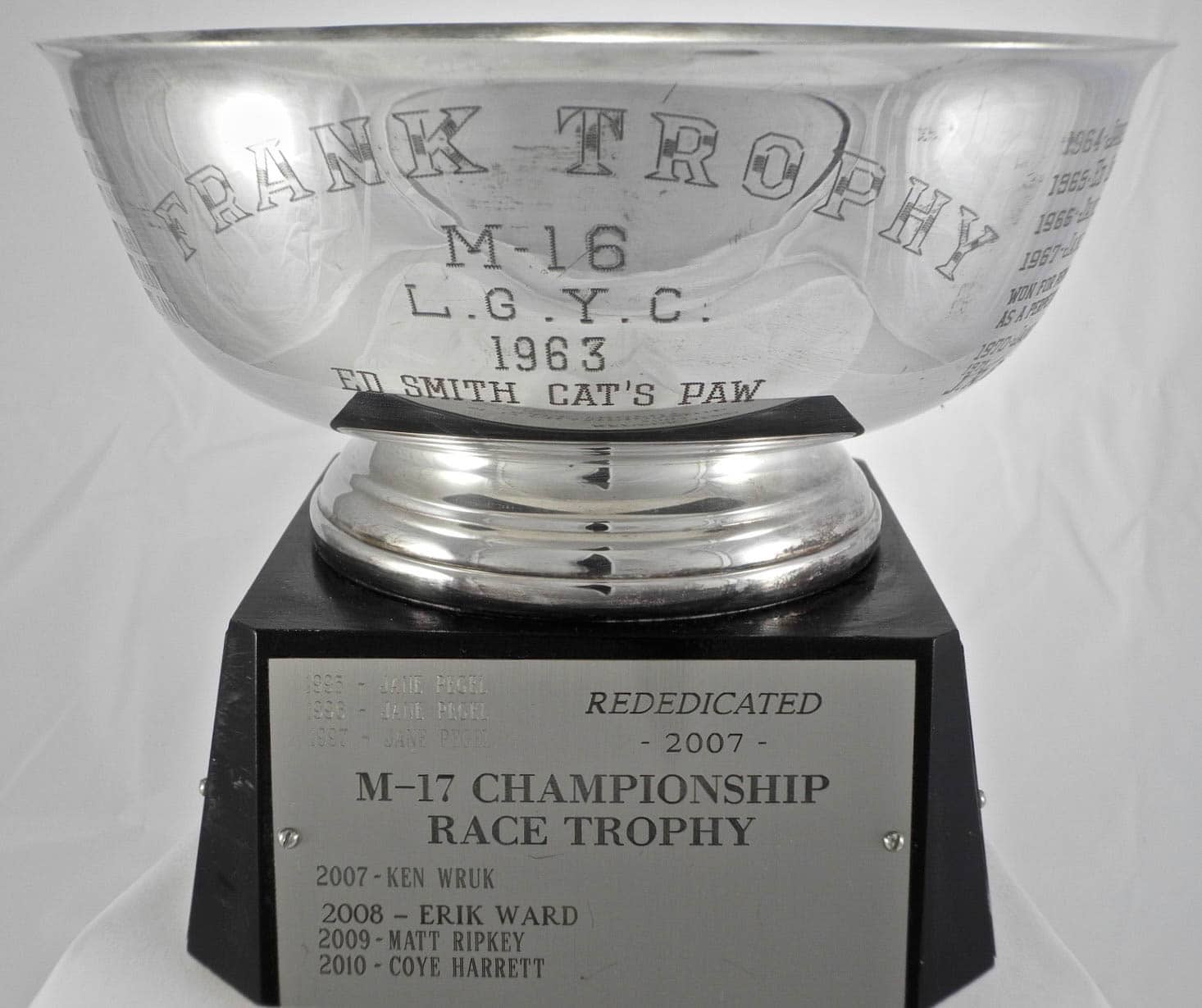 This bowl, on a wood base, was donated to class M16 by the Robert Frank family, and won for permanent possession by Jane Pegel.  It was re-donated to class M16 as a perpetual trophy, and in 2007, it was re-dedicated to the M17 fleet to be awarded annually to the winner of a championship series race.

2020: Trophy rededicated to the M14 Class for the Youth Series Champion